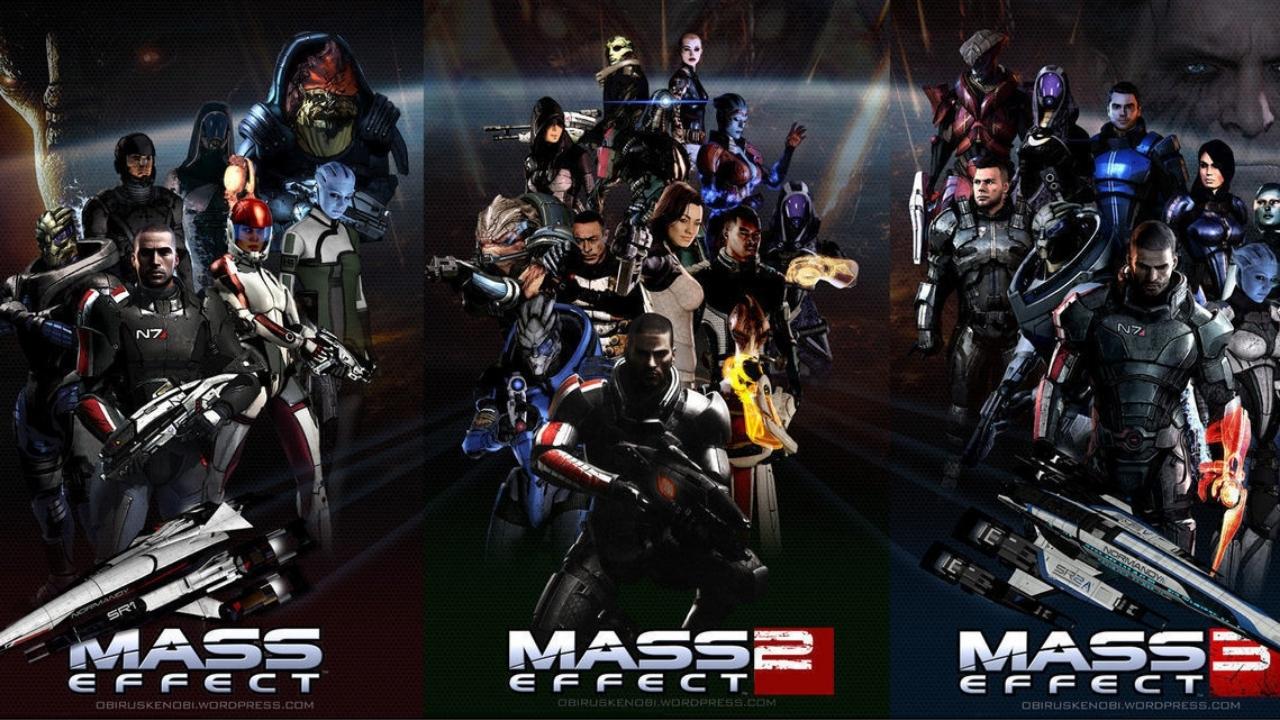 The Mass Effect Saga is a video game franchise developed by Bioware and published by Electronic Arts. The first game of the series came out in 2007. Originally a trilogy, the unsatisfactory ending of the the third game led to the release of a fourth installment called Mass Effect: Andromeda in 2017, five years after the release of the final game of the original trilogy. A new fifth game is said to be in the works at present.

The sci-fi/action roleplay game paved way for the place video games hold as a storytelling medium. Mass Effect originated the dialogue wheel that allows players to choose what to say in a particular situation. Most importantly the game allowed for all choices to have lasting effect and realistic effects on your character’s storyline.

The ramifications of past actions carried as far as into the next installment of the game, as Mass Effect allowed players to import files from previous games, making for a seamless, continuous story.

What are The Minimum System Requirements to Play Mass Effect Saga?

To be able to play Mass Effect Saga on your PC, your system needs to meet these minimum requirements:

If you want to have an even better experience of the game to fully appreciate the graphics and play smoothly, it is recommended to that your PC meets these system requirements:

How to Play Mass Effect Saga?

The Mass Effect Saga is set in the huge (and completely explorable) Milky Way. The player is assigned the character of Commander Shepherd, a human whose species made contact with space aliens only 30 years ago. As this contact almost led to a war, humanity’s relationships with other species, who have been travelling space far longer, are tenuous.

As you begin to play, you get to customize your character Commander Shepherd. You can choose the first name, sex, appearance, combat skill level and military training level of your character. You can also choose from six different classes of characters, which will give your character excellent skills relating to defense, combat and healing.

Your character travels with a squad of six members, who may leave at later points in the game, to fight alongside you. Your points in every level can be used to get weapons and skills for your squad as well as yourself, meaning this single player game is played as a team. Travel is done by starships, in combat vehicles and on foot.

The main antagonists of this game are the Reaper, a race of advanced robots programmed with the sole command of destroying all organic civilization. There are different fractions of the Reapers on various planets and the player will have to travel to each planet and defeat the Reapers there.

Although many controls of the game can be found on your keyboard, the main controls are mouse-based. You have to use your mouse to look or zoom on the screen. The mouse also helps to take aim and fire a weapon or battle with various weapons like machine guns and cannons.

This means a lot of clicking is required. Especially when you are playing against huge armies, the you need to fire non-stop in quick succession. Even a small delay can cause your character to die and come back to life after a few years during which the Reapers will have brewed up even more trouble.

To help keep the armies of Reapers at bay while also keeping your hand uninjured, you can use an auto clicker to simulate clicks for you as you play Mass Effect

How to Use An Auto Clicker in Mass Effect Saga?

To use an auto clicker to play Mass Effect Saga, follow these steps:

The following are some great auto clickers available online that you can use to play Mass Effect Saga:

The Free Auto Clicker is a handy tool to make auto clicking the easiest it can be. Besides customizable time intervals, mouse action types, number of mouse clicks and types of mouse clicks, the program also includes an XY Coordinate Calculator for your cursor location and the option to record and save clicking scripts.

Murgee Auto Clicker is one of the best auto clickers available online for download. It offers a customizable click preferences like number of clicks (finite or infinite), click intervals (in milliseconds, seconds or minutes), and type of mouse action (right click or left click. The hot key used to start or stop the auto clicker is configurable and you can set it to any key on your keyboard.

This auto clicker also has other features like color clicker, key presser, fixed point clicker and macro recorder, making it a complete software.

OP Auto Clicker has options in click preferences that no other auto clicker does. You can set your mouse action to left click, right click, or even middle click. The time delay between each simulated mouse click can range from milliseconds to hours. You can choose between single, double and triple clicks. Your cursor location can be added as a fixed set of coordinates or move with your mouse.

The GS Auto Clickers is one of the simplest and easy to use auto clickers for basic automated mouse clicking. It is a free software with no advertisements or subscription requirements. All you need to do after downloading the software is set up your mouse clicking intervals and let the program do its job.

For more complicated clicking, you can input a sequence of clicks that is recorded as a macro and played upon pressing the hotkey.

Mass Effect is an amazing game that can suck you in for hours. You can make the best of your character’s storyline by adding victories to his or her belt using a good auto clicker software.