Playing Skyrim With An Auto Clicker 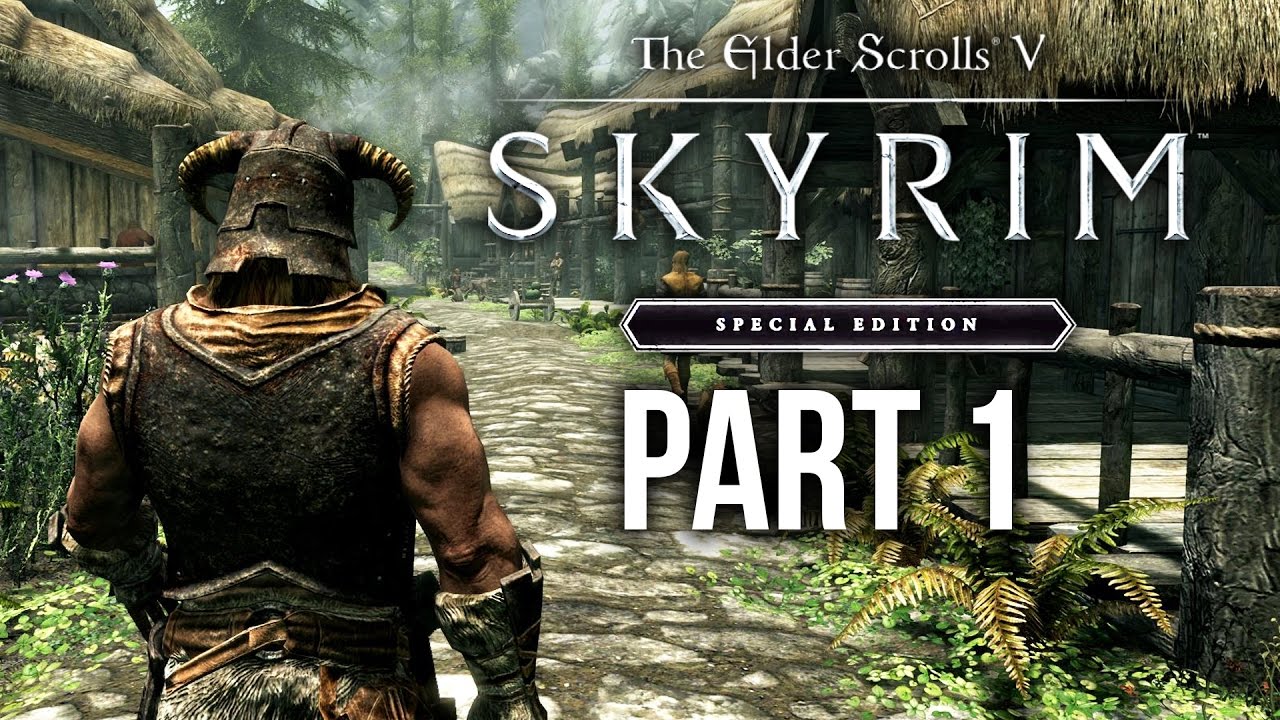 Elder Scrolls V: Skyrim, better known to players simply as Skyrim, is an adventure and fantasy roleplay video game. Bethesda Softworks launched the game as a sequel to the fourth game in the long-running Elder Scroll series.

Although released in 2011, Skyrim is one of the most popular video games ever made. The game has an open-world concept with deep lore and fantastic storytelling. The character’s story is very diverse for each player due to various interactions with the game’s environment and non-playable characters that act as choices.

The main quest of the game is well-thought-out lore. The game is set in a land on the brink of civil war. The impending division of this land is overshadowed by the greater evil it is prophesied to bring: the return of the dragons under the god of destruction, Alduin the World-Eater. The player in this single-player RPG is Dragonborn, the only one who can defeat Alduin.

However, as player actions significantly impact the story progression, you don’t have to take the straight and narrow path to the epic fight. In fact, if you do, you’d be missing the best parts of the game: exploring an alternate persona in an alternate world. Someone who could be a thief or a metal smith or even become a werewolf! You could join a guild to get into the thick of the action or wander around the various towns, villages, and wilderness, meeting new characters and noticing the extraordinary detail the game makers put into Skyrim.

The graphics of the game are a pleasure to view. Lush green snow-capped mountains, looming fortresses, dungeons, caverns, and taverns – all of these are drawn by hand, with great attention to even the minute details.

What Are The Minimum System Requirements to Play Skyrim? 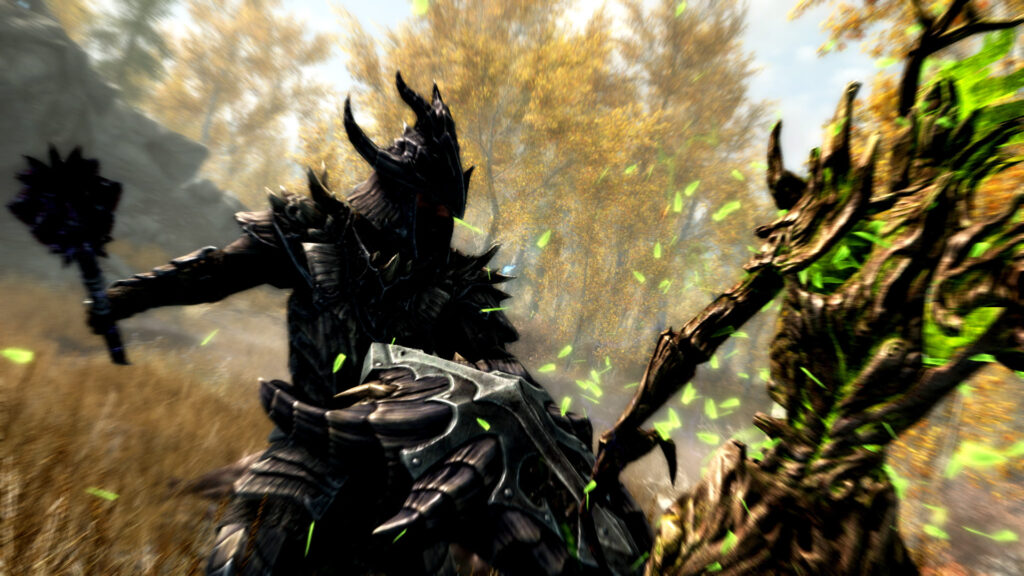 If you’ve been convinced to give this magnificent game a go, look at the following list to see if your PC’s Operating System allows you to play Skyrim:

While you can play Elder Scrolls V: Skyrim with just the above requirements, your gaming experience can be elevated with these recommended upgraded PC features:

How to Play Skyrim?

The game is set in Skyrim, a far-flung province of Tamriel. Skyrim has just five sparsely populated cities and various small towns and settlements on the city outskirts. The geography of the setting varies from forests, mountains, icy tundras, and rural areas. Players can move around by running, walking, horseriding or fast-travel to previously discovered places.

Other creatures that one may come across are giants, trolls, mammoths, wraiths, and, of course, dragons.

Players can choose their own path, exploring the terrain from first-person or third-person perspectives. They can pick up various skills and weapons that might help them in their quests. A player’s character can do several things, including creating potions from a flower they picked in the woods to accumulating a group of followers upon which they are granted a companion for their travels.

Your character is chosen from the various races. Gender may be beneficial as most non-player characters are male and are influenced by the opposite sex. Besides that, your character has 18 skills divided into magic, stealth, and combat categories. You can improve some of these skills depending on your character’s path and experiences.

Players also have reserves of health, magic, and stamina that are depleted by taking hits in combat, using spells, and sprinting.

The default controls for playing Skyrim on your PC are your mouse and keyboard. The mouse is used for essential tasks such as looking closely at an object, turning, using weapons, and casting spells.

Clicking also helps in getting some bonus upgrades on supplies and levels. For example,

iron can be converted into gold by clicking it multiple times. You can collect a number of gems that can help you out later in the game by clicking the batenziah stone numerous times. 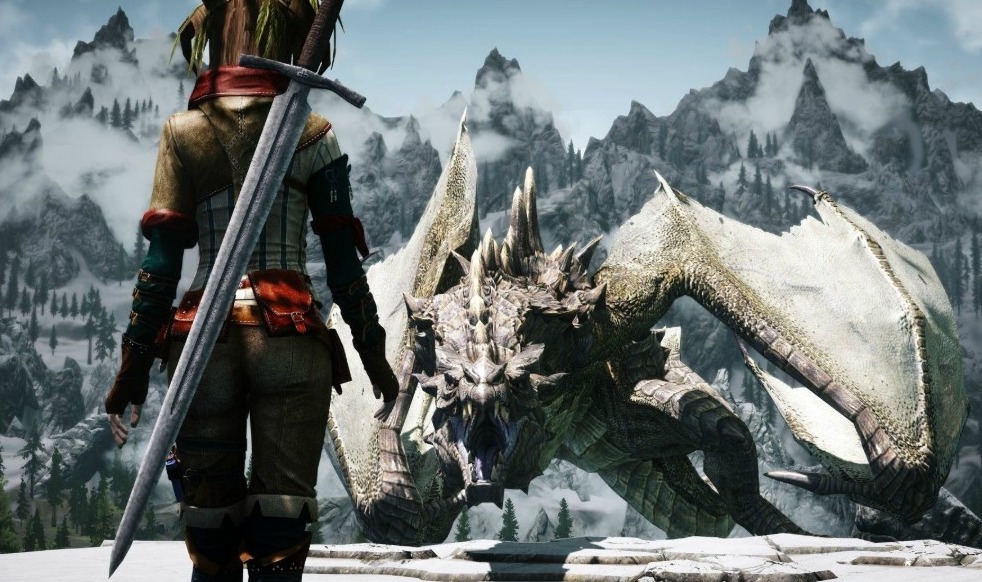 True Skyrim fans will want to take this bonus to see how their character’s story unfolds with the help of the extra upgrades. However, clicking so many can cause wrist injuries, especially in avid players already clicking away for the normal combat tasks. Continuous clicking without much action can also seem boring to the more adventurous players.

An auto clicker is your one-stop solution for all these problems. You can use it to automatically click wherever you want on the screen to get you bonuses and level-ups.

How to Use An Auto Clicker in Skyrim?

Follow these steps to use an auto clicker application in Skyrim. 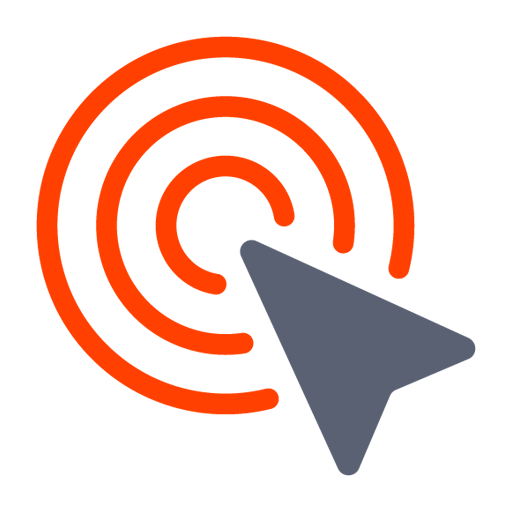 Here are some excellent auto clickers that you can use to play Skyrim:

Free Auto Clicker is a great free software that allows you to fast-click your mouse. It has basic features like specifying mouse click types, number of clicks, and click intervals. Some added features include scheduled clicking and recorded scripts.

Murgee Auto Clicker is a paid software, but it comes with a free trial of 20 uses. This software is user-friendly, secure, and has a straightforward installation process. It allows you to set the click type, click delays, and the number of clicks that may be finite or infinite.

Op Auto Clicker is another excellent auto clicker with a clean UI and secure download. Besides the usual features of auto clickers, OP Auto Clicker lets you choose between clicking at a fixed location or wherever you move your cursor.

GS Auto Clicker is a great and flexible auto clicker. You can record scripts with clicks on different locations on your screen. You can set click intervals anywhere from hours to milliseconds.

Using auto clickers, you can speed up your Skyrim story progress. Auto clickers are also helpful in combat to quicken your character’s battle reflexes against a fearsome enemy. So you can use this software to enjoy Skyrim even more because victory always tastes sweet.