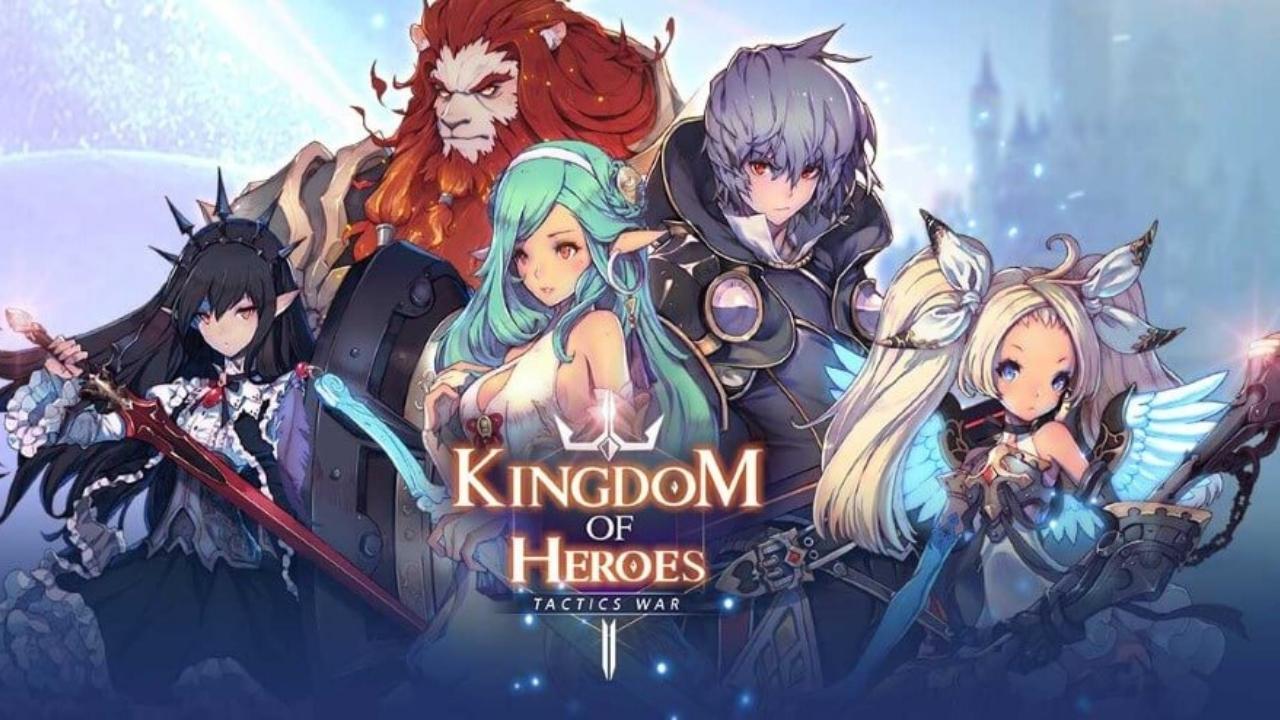 Kingdom Heroes is an exciting and interactive game developed by NEOWIZ that will have you addicted in no time! Kingdom Heroes is a massively played real-time multiplayer strategy game started in 2007. Multiple beta versions of the game were released, and after several updates, the game was launched by Ubisoft officially in 2009. Anyone can play this game easily with a good internet connection.

The game had gained popularity over time but wasn’t just enough. Today, however, the game is offered in Chinese and Indonesian versions for users to enjoy online. The game is on a 3D platform with beta testing underway. The second edition will be released on steam by SubaGames soon.

There will be no story change; however, you will see an improved soundtrack and visuals. Let’s dig into this game a little deeper and see how it works with an auto clicker.

What are the Minimum System Requirements to Play Kingdom Heroes? 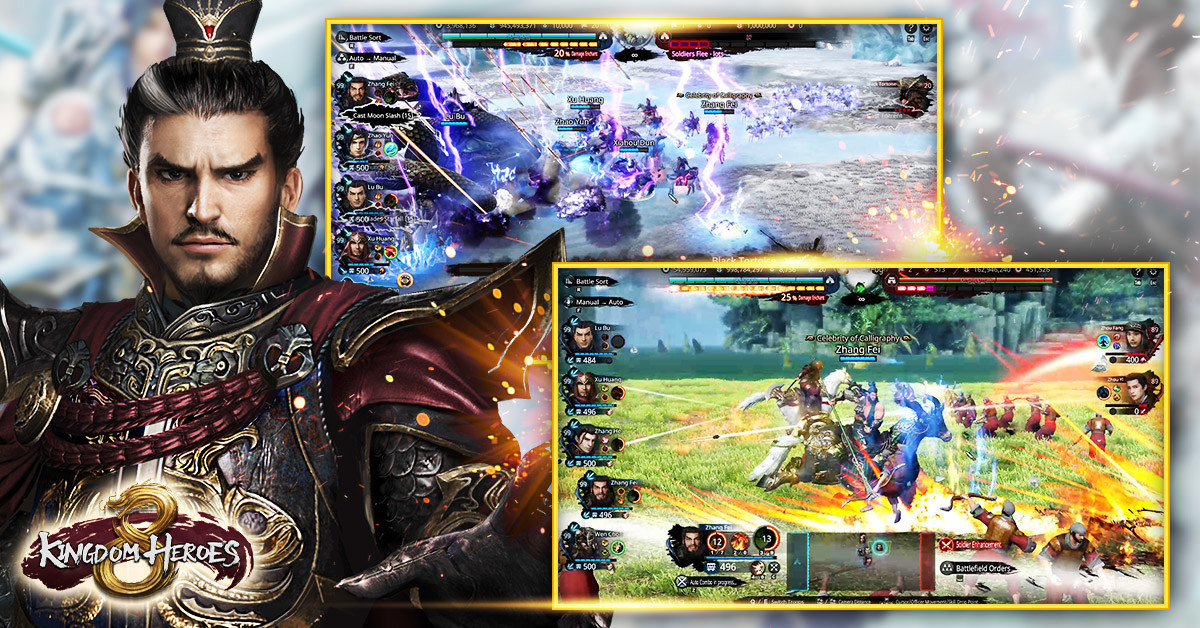 Here are the requirements to play Kingdom Heroes without any interruption and glitches.

Kingdom Heroes is a game that can be played well on low-end systems.

Here are the recommended system requirements for Kingdom Heroes 2.

How to Play Kingdom Heroes?

Similar to other MMOs, players need to begin with creating their character. The decent interface makes the process easy, but the characters aren’t too great. You need to choose from four classes, the tactician, the warrior, the fencer, and the conjurer. Every type will have varying power and skills so that you can choose according to your style.

The warrior class is a good option if you prefer the attack mode. A tactician is better if you like being a healer with good attacking powers. Next, you need to select the character’s build or physique. Both female and male characters are free to choose their appearance in the game, unlike other games where the characters are preloaded. 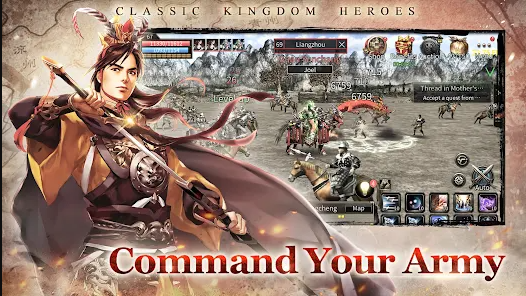 On entering the game, you need to choose a faction, and you can choose any. The initial game levels have quests and environments that are against the players.

After completing this, you have multiple worlds where a limited number of players can be

present. Players can select the world where they’d like to play and then explore more worlds.

You, as the player, are assigned a region in this city, and resources must be collected from this city. The non-playable characters of the game protect these resources. Players need to defeat them to get the resources.

Players can use the resources to build buildings and items in the city. To construct new buildings, you must train additional troops, research spells, hire heroes, and avail bonuses and rewards.

New heroes will head the troops for battles, may make newer regions of the city, make buildings in the nearby areas, and get more reward points and XP. In this way, you can level up faster and learn new skills. In one world, the game will last for almost six months, after which the player can go to another world with their achievements, progress, rewards, and earned XP. 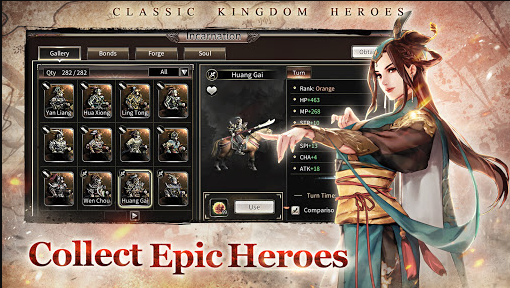 In the game, players can also siege engines and ride warships in battles and wars. Since this is only an option for the guild leader, you need to ensure that the leader is your friend.

The game also has an in-game shop where the players can get different items for the game and upgrades as well. The enhanced computer version of Kingdom Heroes will also have a market in the game other than Steam Market for trading.

In the Kingdom Heroes 2, they will introduce new modes like ship-based Pvp, Epic Kingdom-wide combat, revolutionary guild PvP, siege engines, etc. Here you can easily customize your army and manage your resources. Players have high expectations from the game developers. While the new game is still to be released, you can enjoy playing the old version till then. 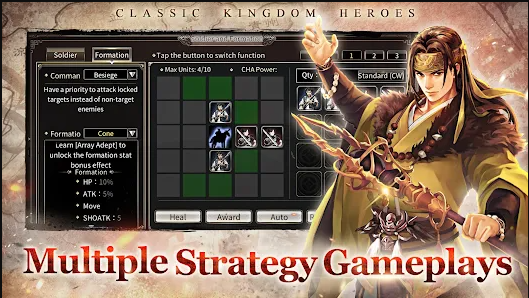 The game requires a lot of clicking that can often tire the gamers. This is why gamers prefer using an auto clicker to reduce finger pressure. Since the game usually has a point-and-click system, an auto clicker can help to make structures like buildings. Here is how you can use an auto clicker for playing Kingdom Heroes.

How to Use an Auto Clicker in Kingdom Heroes?

Follow these steps to use an auto clicker in the game.

Check out the best available auto clickers for Kingdom heroes.

GS auto clicker is best-suited for games when the player wants to save energy and time. The hotkey functionality and time interval setting make the tool simple and easy to use.

The free auto clicker is efficient for playing this game because it has a simple user interface and stimulates left and right mouse clicks. X and Y coordinates are used to determine the location. It is a free tool and easy to use in games.

Murgee auto clicker is a simple auto clicker tool for games that lets users automate clicks in the game. You can set the cursor position with X and Y coordinates. While the auto clicker is simple and easy to use, it supports some advanced features too.

OP auto clicker is one of the simplest auto clickers to use in games. It supports a simple user interface and two clicking options, and you can also set a specific number or leave the clicks unlimited. This auto clicker generates unlimited yet precise clicks, making it an ideal choice to play Kingdom Heroes.

Above, we have given you a complete guide to using an auto clicker to make your game fun. We are sure you’ll also love playing Kingdom Heroes 2 with an auto clicker. As long as you aren’t using it for serious gaming, you can safely and efficiently enjoy your games with it. You will get more points and complete quests quicker.